The Athlete and the GI Tract

First, let's review the roles of each portion of the digestive system. 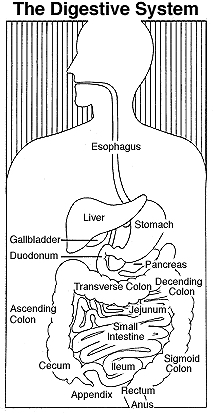 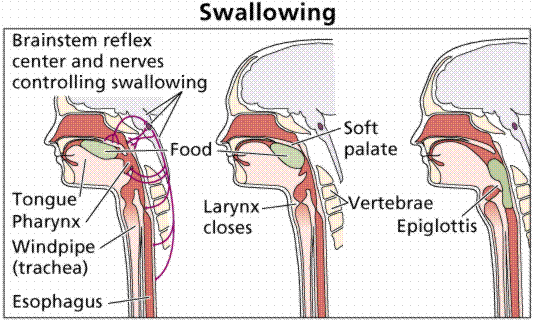 The esophagus transports food from the mouth to the stomach. It is a smooth muscle lined tube with three physiologically important sections. 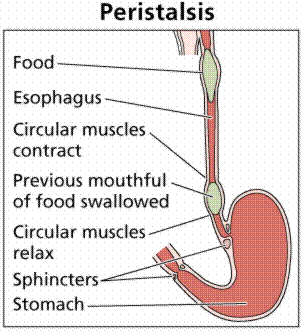 The stomach normally empties a solid meal over a 3 to 4 hour period. This is the rationale behind the recommendation to eat a meal at least 3 hours before competition to minimize upper GI symptoms.

The small intestine is approximately 9 feet long. The small intestinal architecture (villi) which make it look like a shag carpet, increase the absorptive surface by a factor of 50. Absorption of the building blocks of protein (amino acids), carbohydrate (mono and disaccharides), and fat (fatty acids) are essentially 100% complete by the time the indigestible material reaches the colon in 4 to 8 hours.

Fluid is also absorbed from the small intestine. It has been estimated that 10 liters of fluid are secreted by the stomach and small intestine in the digestive process, yet less than 2 liters are delivered to the colon at the ileocecal valve level.

The colon is a holding facility for digested food, and absorbs enough water (2 liters are delivered to the colon over 24 hours, but only 200 cc are eliminated with the stool). Material is stored ( and fluid absorbed) over the 8 to 60 hours that material normally remains in the colon.

Next we will review the changes in GI physiology with exercise. These changes will help us to understand why various symptoms develop and also explain why certain nutritional strategies can

with training and competition.

When designing a nutritional program to supplement the body's energy stores for an athletic event, the rate of digestion and absorption of foods must be taken into account. The time needed for the stomach to start the digestive process, empty its contents into the small intestine, and have the food components absorbed into the bloodstream will directly affect how quickly any food and fluid will be available to the muscle to provide the supplemental Calories for exercise.


Next section - Gastrointestinal Physiology During Exercise

All questions and suggestions are appreciated and will be answered.